Wondermerk was tasked with transforming a live-action set into a 3D Frozen inspired world.

This fantastical, promo for South African retailer, Edgars, is one of our favourite projects. In a magical, ice crystal-coated wonderland playground, our adorable cast of kids playfully showcases Edgars’ range of Disney’s Frozen II merchandise to celebrate the premiere of the animated film.

Using the idea of a classic children’s party, we took the traditional ingredients and turned them on their heads by exploring them from a child’s point of view – by asking, essentially, “what if…?” Anything should be possible in this spectacular paradise. What if a jumping castle could become an ice palace? What if you could have a snowball fight in Summer? What if a cake morphed into a snowman…?

We used all these surprise elements not only to highlight the context of the great South African outdoors but to mesmerise and transport the audience along on this magical journey of discovery.

Laughter, freedom and flights of fancy abound. The sky is indeed the limit when the young at heart gather to party up a storm in which snowflakes glisten and the imagination turns impossible into reality. Celebrating in festive opulence, the kids beam both radiance and confidence in their cheerful Frozen inspired outfits.

In crafting this magnificent world, we devised a range of tools to make the magic seem believable, from elaborate and intricately detailed CG set builds to particle effects.

Jessica Roche, the head of Black Gosling’s art department, constructed some practical set pieces for the kids to climb onto and slide from, which would later be replaced by 3D models and composited with the live-action plates.

We wanted to create the impression of ice, but because we didn’t want it to feel too cold, we opted for an iridescent look – not unlike looking at light refracted through ice.

We started by colour-picking hues from the logo lockup and developing a soft gradient spectrum. The overall feel is thus more gelato than frost. The snowflake design was based on the crown of the King Protea, which we simplified to the point of geometric abstraction.

Delicate particle simulation was used not only in the production of a crystal playground slide but also in the handfuls of shimmering snowflakes tossed between the models. The goal was for these particle effects to draw focus to an action, and to create a sense of cohesion between shots.

The underlying message conveyed here – and when the full cast lines up one final time, sporting their inimitable wonderland costumes – is that anything is possible if you use your imagination. 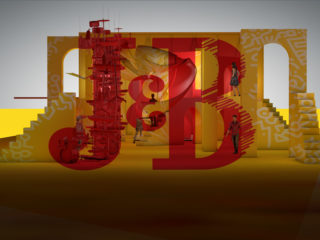 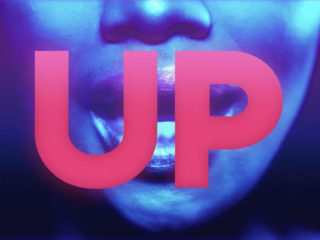